One of the very first homes built in Fort Lauderdale was built by contractor Edward King. King and his family moved south to Fort Lauderdale seeking a new town to call home. They stumbled upon Fort Lauderdale on their way to Miami and decide to call the town of under 20 people home.  King built homes along the shore of New River and began to develop what is now referred to as Riverfront in Fort Lauderdale's historic district.

The most famous house built by King is the Stranahan House, which was originally a hotel, trading post and post office for the residents of Fort Lauderdale and those that traveled through the area by foot, car, train or boat.  The King- Cromartie House is an important piece of Fort Lauderdale's history as it was built in  1907 in what is now referred to as "Smoker Park".  Once Ed's daughter married the brother of Ivy Stranahan, the house was renamed the King-Cromartie House.

Ed King was tragically killed in the hurricane of 1928 when he was hit by debris while trying to save children from the storm.  The house was named in his honor and was given historical building status.  As downtown Fort Lauderdale evolved and new highrise buildings were being constructed around it, the King Cromartie House faced the possibility of demolition.  Due to the home's historical significance, the City of Fort Lauderdale preserved the home by having it barged to the opposite side of the river and placed in Fort Lauderdale's historical district.  The present location of the King- Cromartie House is at 229 SW 2nd Avenue and is now used as a museum. It is also believed by many that the spirits of children and the previous owners haunt the house to this day. 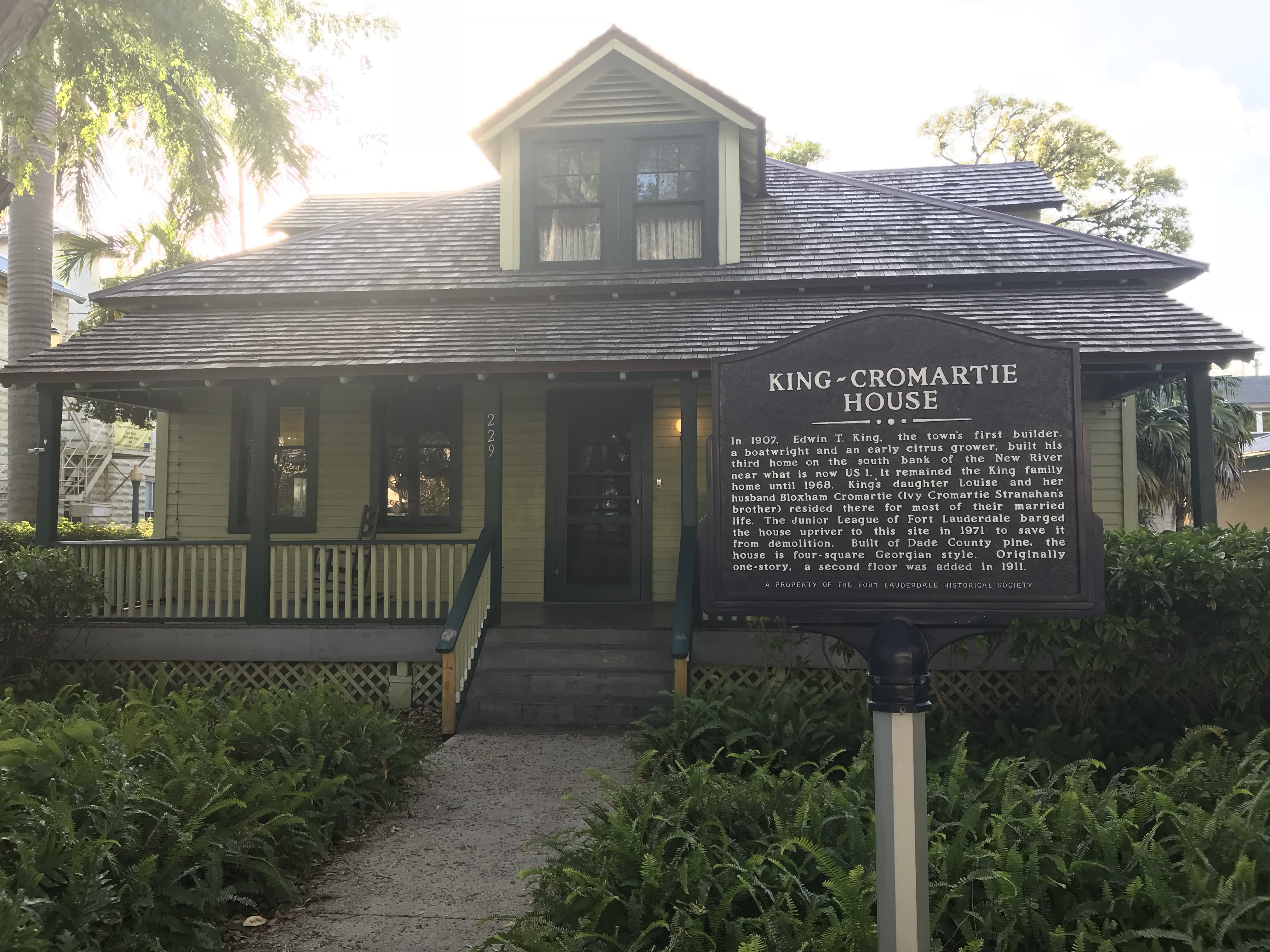 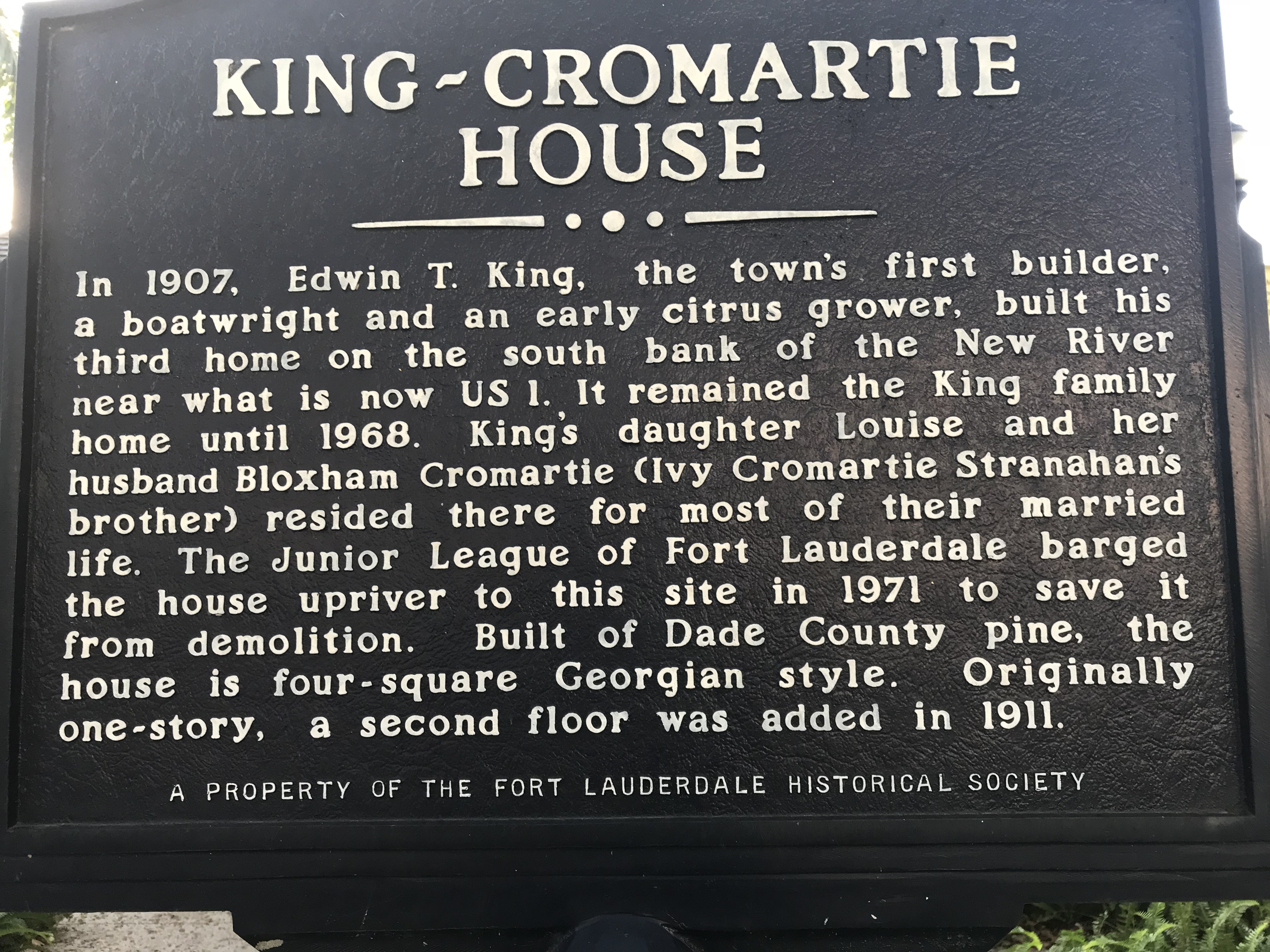